Nick Davis
Home / Who we are / Nick Davis

Nick’s experience in Audio Post-production extends to more than twenty years, working for some of the most influential and respected facilities in Soho, London; Silk Sound, The Bridge, and The Jungle Group. Most recently Nick has taken on the role of Head of Audio at Serious Facilities with the aim of offering first class audio post-production in Glasgow.

Over the years Nick has engineered numerous television and radio commercials for virtually all the major advertising agencies, and a vast array of TV and promo work for the BBC, ITV, Channel 4, SKY TV and Viacom amongst others. In addition to commercials, he has extensive experience working with many highly regarded directors and performers, across a range of genres. 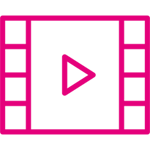